City of Breweries
Breweries are called "kura" and Hekinan has lots of them: six making soy sauce, four of mirin rice wine sauce, one brewer of miso soybean paste, and two "sakagura" sake makers. Obviously, this is a town where "jozo bunka" ― or brewing culture ― has lots of appeal. Hekinan is also famous as birthplace of the clear white soy sauce and as home of the oldest mirin-kura in Japan. How about a "kura" tour in the weekend?

City of Craftsmanship
Hekinan is home to some of famous manufacturers in Japan, such as Eishiro Kawara Roof Tiles, holder of the largest Ibushi Kawara roof tiles market share; Shichifuku Jozo, a traditional brewer of white soy sauce; Kokonoe Mirin, the oldest mirin brewery in the country; Sugi Seika with its headquarter factory of the Ebisen Kazoku (Prawn Cracker Family) franchise stores; and Itochu Sugar, of the famous spiral-heart shaped logomark. Factory tours at these prestigious companies will allow you to sneak peek behind the veil of these rarely-seen plants.

City of Fun in Family
Starting with accessible Akashi Park, an amusement park made especially for the kids, then Hekinan Seaside Aquarium, where you can enjoy learning about protecting the fish and environment, or even the Rinkai Park, where guests can play freely in the spacious grassy fields, Hekinan is a place with lots of facilities for memorable moments in family.

City of Bountiful Agriculture and Fishing
Carrots, onions, sweet potatoes and figs, they are all Hekinan specialties. Experience picking some of the season's vegetables at Mogitori Taiken Noen, located in the Sanchoku Ichiba Aoi Park Producers Market. The extensive Hekinan coast line also favors big catches of iwashi sardines, shirasu whitebait and torigai shellfish, among many other delicacies. Feast on vegetables and fish of pride used on souvenirs and meals of Hekinan! 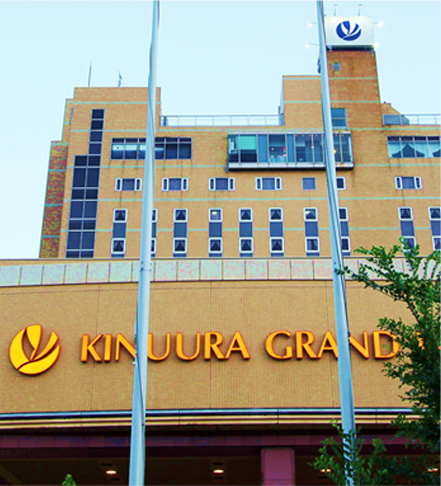